Modeling and Stabilizability of Voltage-Actuated Piezoelectric Beams with Magnetic Effects 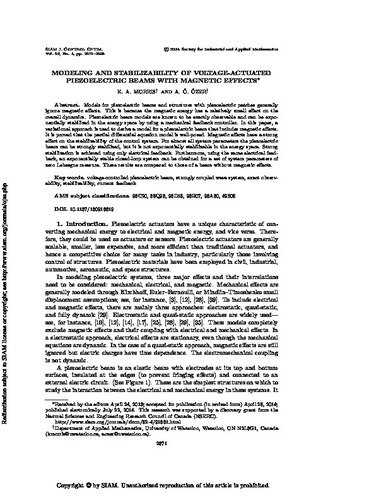