Conflicts and Agreements: Canada’s Foundations and Their Consequences, 1865-1949 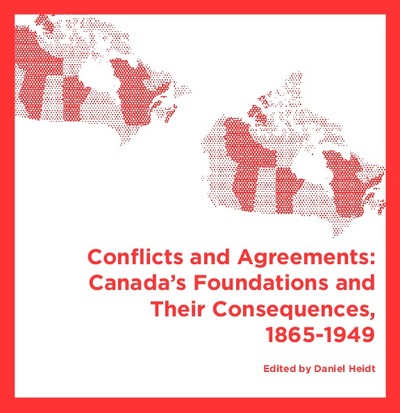 In response to curiosity about Confederation during this sesquicentennial year, historians Patrice Dutil, Daniel Heidt, P. Whitney Lackenbauer, Marcel Martel, Robert Wardhaugh, and political scientist Jacqueline Krikorian convened at the University of Waterloo for a public panel to review Canada’s expansion, strengths, and faults during the past 150 years. Everyone was impressed by the ensuing 1.5 hours of discussions, so the Centre on Foreign Policy and Federalism agreed to commission a publication of the proceedings in written form, and post it to the web before 1 July so that more Canadians would have the opportunity to consider the event’s varied opinions for Canada 150.