Effects of peripheral eccentricity and head orientation on gaze discrimination 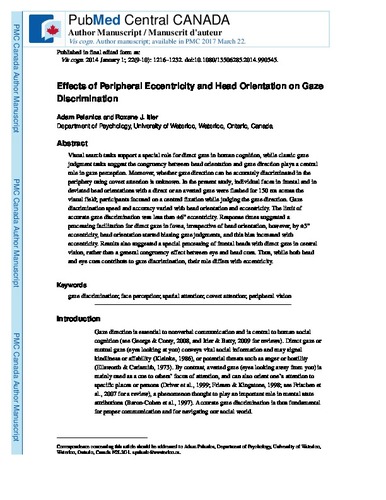