Without Apology: Writings on Abortion in Canada 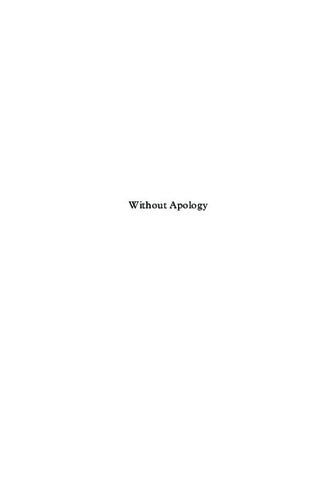 Until the late 1960s, the authorities on abortion were for the most part men—politicians, clergy, lawyers, physicians, all of whom had an interest in regulating women’s bodies. Even today, when we hear women speak publicly about abortion, the voices are usually those of the leaders of women’s and abortion rights organizations, women who hold political office, and, on occasion, female physicians. We also hear quite frequently from spokeswomen for anti-abortion groups. Rarely, however, do we hear the voices of ordinary women—women whose lives have been in some way touched by abortion. Their thoughts typically owe more to human circumstance than to ideology, and without them, we run the risk of thinking and talking about the issue of abortion only in the abstract. Without Apology seeks to address this issue by gathering the voices of activists, feminists, and scholars as well as abortion providers and clinic support staff alongside the stories of women whose experience with abortion is more personal. With the particular aim of moving beyond the polarizing rhetoric that has characterized the issue of abortion and reproductive justice for so long, Without Apology is an engrossing and arresting account that will promote both reflection and discussion.