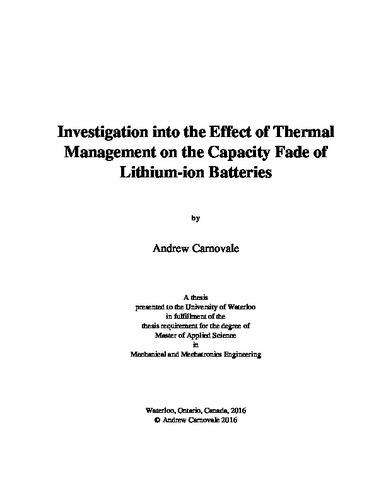 Andrew Carnovale (2017). Investigation into the Effect of Thermal Management on the Capacity Fade of Lithium-ion Batteries. UWSpace. http://hdl.handle.net/10012/11144