India and the Neglected Development Dimensions of Bretton Woods 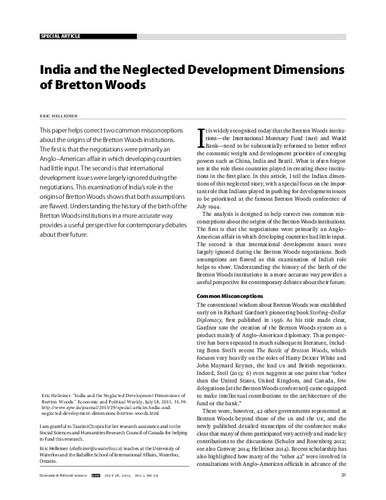 This paper helps correct two common misconceptions about the origins of the Bretton Woods institutions. The first is that the negotiations were primarily an Anglo-American affair in which developing countries had little input. The second is that international development issues were largely ignored during the negotiations. This examination of India's role in the origins of Bretton Woods shows that both assumptions are flawed. Understanding the history of the birth of the Bretton Woods institutions in a more accurate way provides a useful perspective for contemporary debates about their future.