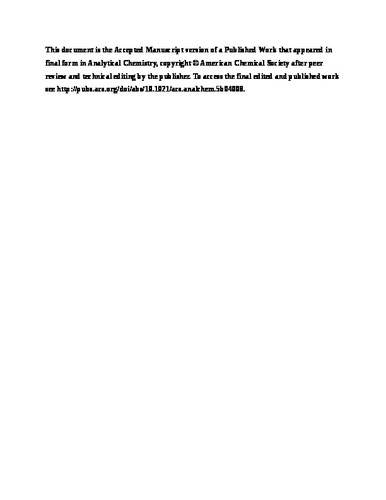 In this work, a durable and easy to handle thin film microextraction (TFME) device is reported. The membrane is comprised of poly(divinylbenzene) (DVB) resin particles suspended in a high-density polydimethylsiloxane (PDMS) glue, which is spread onto a carbon fiber mesh. The currently presented membrane was shown to exhibit a substantially lesser amount of siloxane bleed during thermal desorption, while providing a statistically similar extraction efficiency toward a broad spectrum of analytes varying in polarity when compared to an unsupported DVB/PDMS membrane of similar shape and size which was prepared with previously published methods. With the use of hand-portable GC-TMS instrumentation, membranes cut with dimensions 40 mm long by 4.85 mm wide and 40 ± 5 μm thick (per side) were shown to extract 21.2, 19.8, 18.5, 18,4, 26.8, and 23.7 times the amount of 2,4 dichlorophenol, 2,4,6 trichlorophenol, phorate D10, fonofos, chloropyrifos, and parathion, respectively, within 15 min from a 10 ppb aqueous solution as compared to a 65 μm DVB/PDMS solid phase microextraction (SPME) fiber. A portable high volume desorption module prototype was also evaluated and shown to be appropriate for the desorption of analytes with a volatility equal to or lesser than benzene when employed in conjunction with TFME membranes. Indeed, the coupling of these TFME devices to hand-portable gas chromatography toroidial ion trap mass spectrometry (GC-TMS) instrumentation was shown to push detection limits for these pesticides down to the hundreds of ppt levels, nearing that which can be achieved with benchtop instrumentation. Where these membranes can also be coupled to benchtop instrumentation it is reasonable to assume that detection limits could be pushed down even further. As a final proof of the concept, the first ever, entirely on-site TFME-GC-TMS analysis was performed at a construction impacted lake. Results had indicated the presence of contaminants such as toluene, ethylbenzene, xylene, 2,2,4-trimethyl-1,3-pentanediol diisobutyrate, and tris(1-chloro-2-propyl)phosphate, which stood out from other naturally occurring compounds detected.