An experimental test of deviant modeling 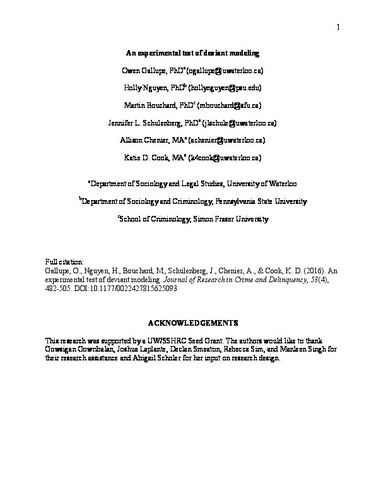