Synthesis, Characterization, and Reactivity of Tricarbastannatranes 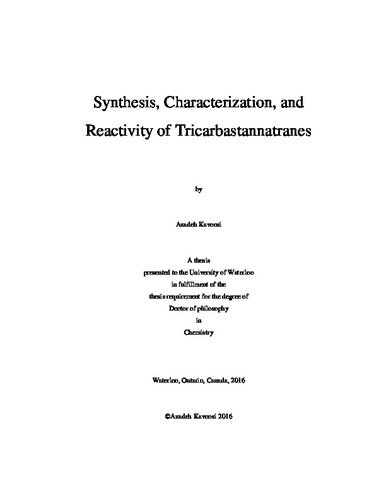