A Climate Change Vulnerability Assessment of a Tourism Destination Community (A Case-Study of Oistins, Barbados) 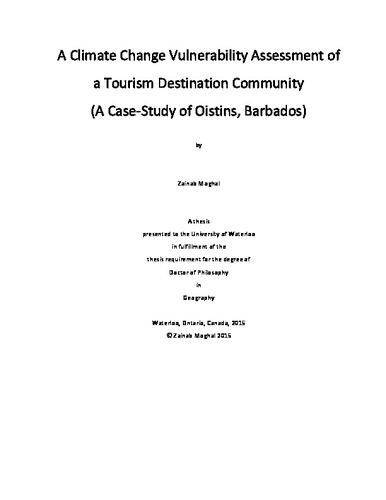