Assimilation of Remotely Sensed Soil Moisture in the MESH Model 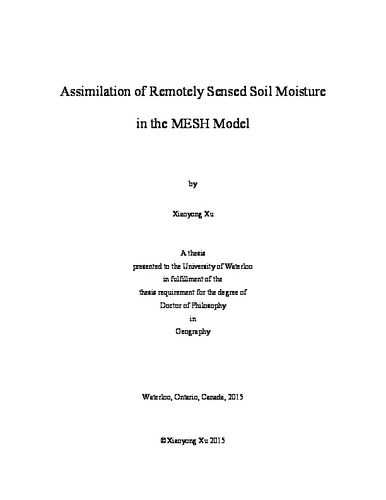