Moving beyond assumptions: The reconceptualization and measurement of workplace gossip 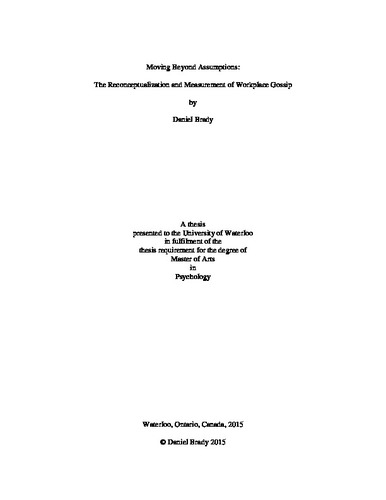