Ethnic Constructions in the Seleucid Military 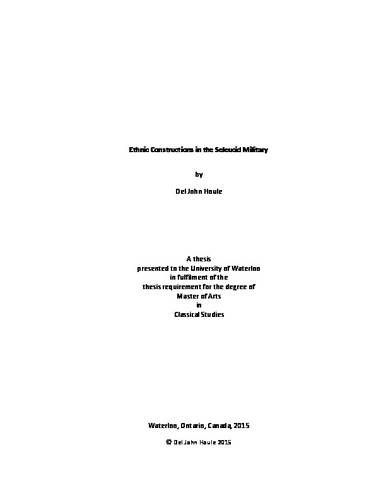 This study examines the use and meaning of ethnic denominations in Hellenistic military contexts, both in literature and epigraphy. By analyzing the epigraphic records of the settlements which provided soldiers for Hellenistic (and particularly Seleucid) armies, the study shows that military units often operated under a single ethnic denomination (i.e. “Macedonian”) while including members from a variety of ethnic backgrounds, and thus that units’ use of ethnic terminology often represented a preservation of tradition rather than an indication of its members’ geographic or genealogical origin.