Reading Your Counterpart: Culture, Meaning, and Function of Nonverbal Behaviour in Negotiation 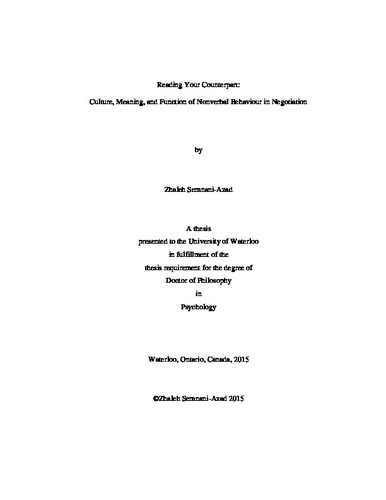