The experience of hosting friends and relatives for immigrants 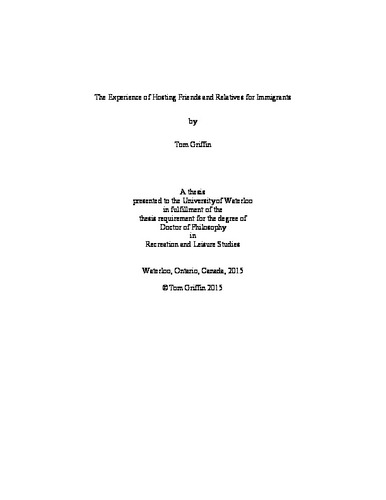