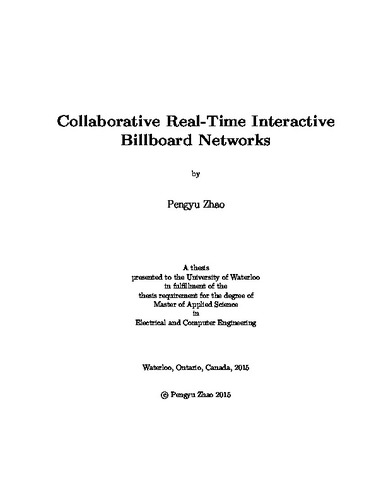 Online advertising and marketing nowadays has become more and more popular, and there are increasing number of companies that comes into the battle of this market. As everyone can see, advertisement is dispensable part for almost every website. When we are browsing the websites, we have access to various advertisements. Some of them are even based on our activities in the browser so that the advertisements can be more relevant to us, and consequently increase the impressions and click on the advertisements. To make this kind of advertising more efficient and profitable not only benefits the advertiser, but also helps websites and advertising technology vendors to grow. There are many technology companies that provides the platform for websites and advertisers, where they websites can offer their advertisement spots and advertisers are able to pick their favorite places to render the advertisements. Since the process is very wide open on the Internet, it can involve huge amount of data which could be over million or even billion. Also most of advertising technology companies have real-time bidding system which really helps to activate the whole market and maximize the profit of advertisers, websites and themselves. However, as the online advertising roaring up, it seems the billboard market is left behind. Compared to websites advertisement spots, billboard is much more physical and harder to operate. billboard owners are using different players and CMS(content manage- ment systems) to operate their billboards. Those CMS may be costly, for which billboard owners may be not willing to replace their existing system with other new methods. So it will be difficult and complicated to integrate different individual billboard operating networks together. But good news is people are choosing digital LED billboard over other kinds of billboards because it is easier to control and can provide more options to advertis- ers in terms of the type of advertisements. Therefore, i may be a good time to incorporate a system that helps to involve all the digital billboards under the hood and make outdoor billboard advertising as efficient as online advertising. Firstly, in order to contain billboards as many as possible, we need one single place for billboard owners to show and describe their billboards, and meanwhile advertisers can are able to see those information and make their decisions based on the locations and the prices. Secondly, to be able to distribute the advertisement contents to the billboards, a hardware is required to install in the billboard so that it can communicate with the server and grab the content and the schedule. Thirdly, to increase the compatibility between different existing billboard management systems that billboard owners are using themselves, the hardware has to be an add-on device which does not interfere the original work flows. Finally, the system should allow convenient interaction between advertisements and consumers so that the consumers can access the resources of the products or services which are being advertised, just like an end user clicking an advertisement on the Internet. Based on these four perspectives, a collaborative real-time interactive system for billboards is introduced and discussed.