Culture and Creativity: Understanding the Role of Uncertainty Avoidance and Multicultural Experience 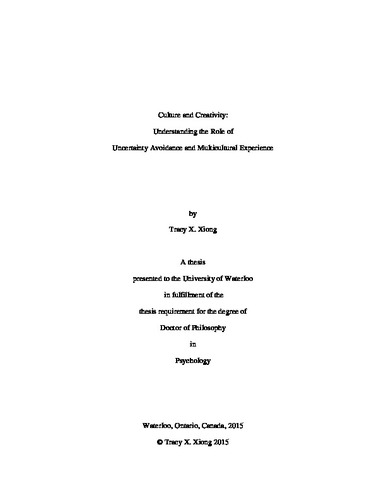