Effect of Reclining on Retinal Thickness in Diabetes 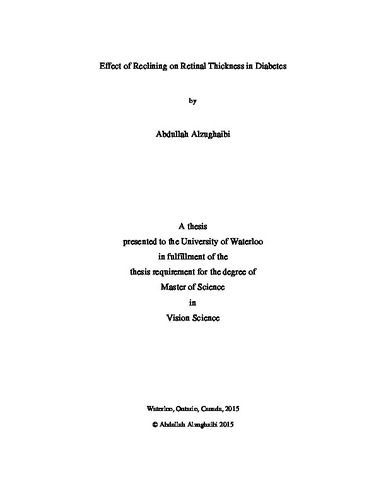