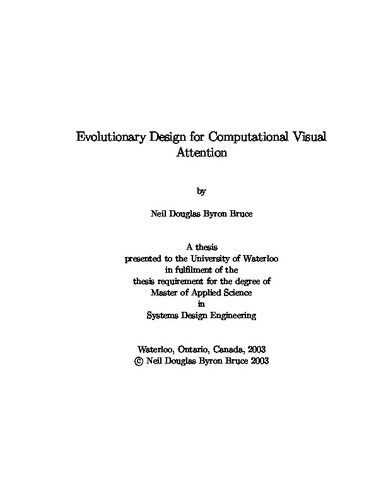 A new framework for simulating the visual attention system in primates is introduced. The proposed architecture is an abstraction of existing approaches influenced by the work of Koch and Ullman, and Tompa. Each stage of the attentional hierarchy is chosen with consideration for both psychophysics and mathematical optimality. A set of attentional operators are derived that act on basic image channels of intensity, hue and orientation to produce maps representing perceptual importance of each image pixel. The development of such operators is realized within the context of a genetic optimization. The model includes the notion of an information domain where feature maps are transformed to a domain that more closely corresponds to the human visual system. A careful analysis of various issues including feature extraction, density estimation and data fusion is presented within the context of the visual attention problem.