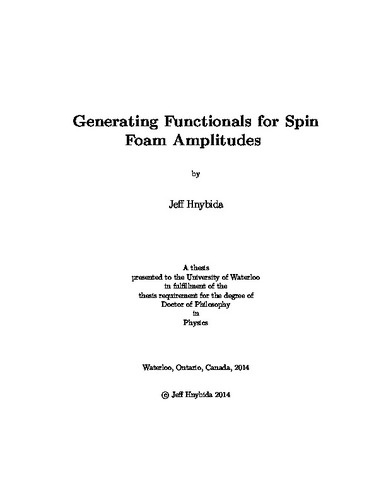 Various approaches to Quantum Gravity such as Loop Quantum Gravity, Spin Foam Models and Tensor-Group Field theories use invariant tensors on a group, called intertwiners, as the basic building block of transition amplitudes. For the group SU(2) the contraction of these intertwiners in the pattern of a graph produces what are called spin network amplitudes, which also have various applications and a long history. We construct a generating functional for the exact evalutation of a coherent representation of these spin network amplitudes. This generating functional is defined for arbitrary graphs and depends only on a pair of spinors for each edge. The generating functional is a meromorphic polynomial in the spinor invariants which is determined by the cycle structure of the graph. The expansion of the spin network generating function is given in terms of a newly recognized basis of SU(2) intertwiners consisting of the monomials of the holomorphic spinor invariants. This basis is labelled by the degrees of the monomials and is thus discrete. It is also overcomplete, but contains the precise amount of data to specify points in the classical space of closed polyhedra, and is in this sense coherent. We call this new basis the discrete-coherent basis. We focus our study on the 4-valent basis, which is the first non-trivial dimension, and is also the case of interest for Quantum Gravity. We find simple relations between the new basis, the orthonormal basis, and the coherent basis. The 4-simplex amplitude in the new basis depends on 20 spins and is referred to as the 20j symbol. We show that by simply summing over five of the extra spins produces the 15j symbol of the orthonormal basis. On the other hand, the 20j symbol is the exact evaluation of the coherent 4-simplex amplitude. The asymptotic limit of the 20j symbol is found to give a generalization of the Regge action to Twisted Geometry. By this we mean the five glued tetrahedra in the 4-simplex have different shapes when viewed from different frames. The imposition of the matching of shapes is known to be related to the simplicity constraints in spin foam models. Finally we discuss the process of coarse graining moves at the level of the generating functionals and give a general prescription for arbitrary graphs. A direct relation between the polynomial of cycles in the spin network generating functional and the high temperature loop expansion of the 2d Ising model is found.