On The Precipice Of Change 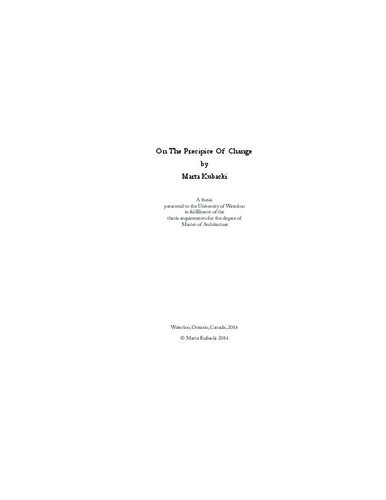 Situated centrally, two blocks north of People’s Square, in Zhabei District of Shanghai, China, Sihang Warehouse is a place steeped in time. In 1937, during the Sino-Japanese War, when this building was still one of Shanghai’s tallest structures, it briefly slowed down the ruthless onslaught of Japanese troops. As a result, it provided a moment of hope and pride for the demoralized Chinese. Though deeply ingrained in Chinese history and culture through its wartime story, the structure has received little attention from the general public, local government, and investors since the war and through the push for rapid development of Shanghai in the mid-1990s. Zhabei District, where Sihang Warehouse is located, has been designated as one of the most undervalued portions of the downtown core. Recently, it has become the focus of a massive and aggressive revitalization program that aims to establish the region as Shanghai’s second economic centre. The building, which once strengthened the identity of the Chinese people at a critical point in their history, is now in disrepair and soon to be assimilated into a more modern and gentrified vision of the new Zhabei District. Sihang warehouse is an integral part of Shanghai’s collective cultural memory and, arguably, a part of Shanghai’s identity. Because Zhabei stands at the precipice of change, the memories of the events that shaped Shanghai’s history are under threat of voluntary amnesia. With many of Shanghai’s historic districts erased due to rapid expansion, it is crucial to re-establish this building as a relevant edifice in its changing context. Thus, in re-envisioning Sihang Warehouse, a design focus showcasing the wartime narrative of the place could help preserve this important piece of Shanghai’s history and serve as a vehicle for conversation between the modern citizens of Shanghai and their predecessors.