Exploring interactions between force, repetition and posture on low back joint loading and intervertebral disc injury 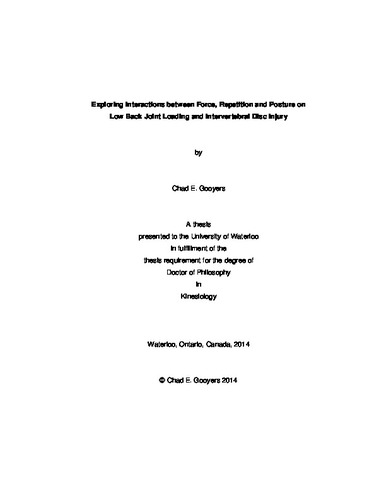