Emotional Labour in the Global Context: The Roles of Intercultural and Intracultural Service Encounters, Intergroup Anxiety, and Cultural Intelligence on Surface Acting 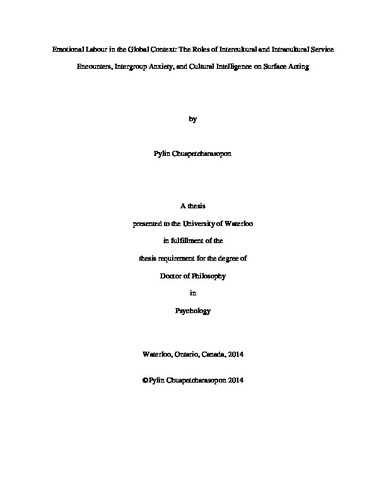