A Fully Decentralized Approach for Solving the Economic Dispatch Problem 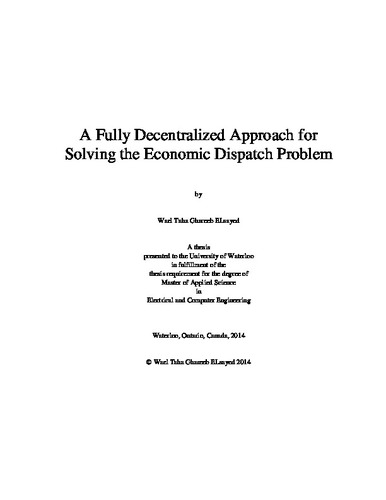