Decolonization, Indigenous Internationalism, and the World Council of Indigenous Peoples 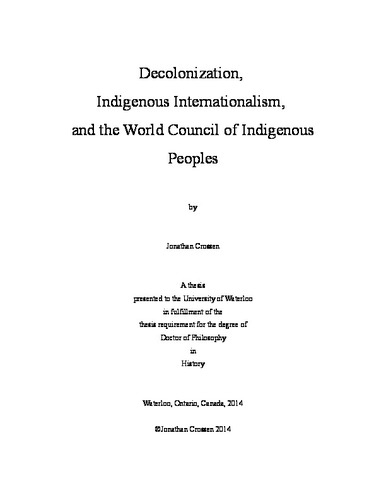