License to Misbehave: Organizational Citizenship Behavior as a Moral License for Deviant Reactions to Abusive Supervision 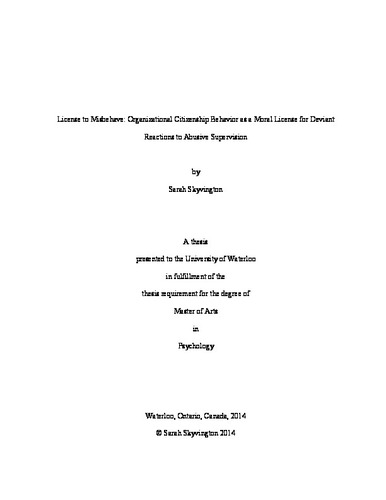