5-HT7 Receptor Neuroprotection against Excitotoxicity in the Hippocampus 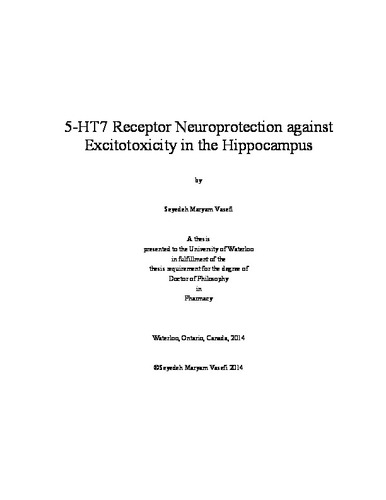