The Agency of Infrastructure: A Critical Acquisition Framework for Understanding Infrastructure Development within Inequitable Societies 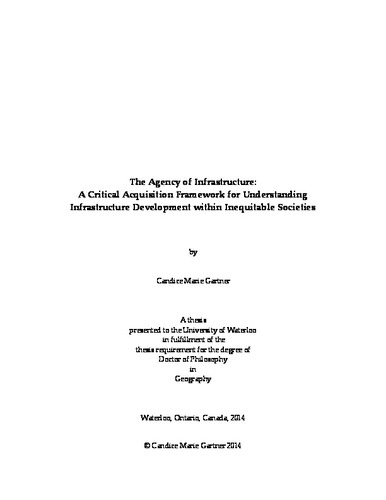