Application of Definability to Query Answering over Knowledge Bases 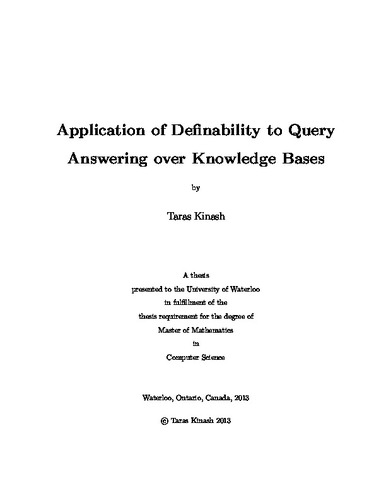