Modeling and Design of Photoconductive and Superconductive Terahertz Photomixer Sources 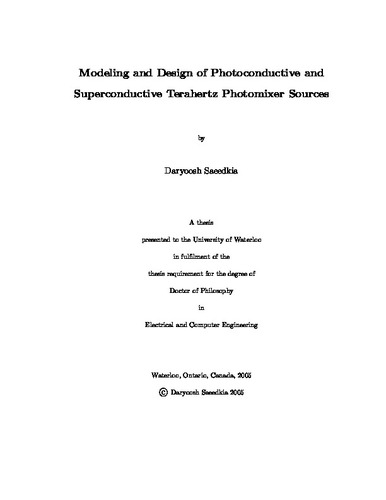