Approaches to Tailoring the Structure and Properties of Polyethylene 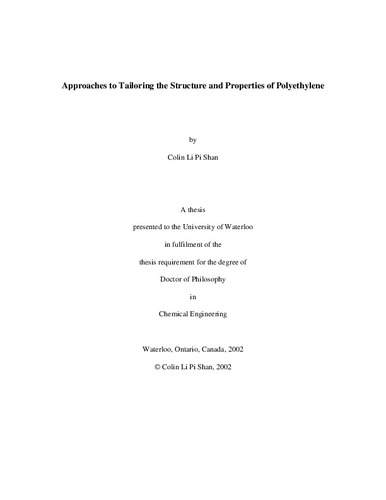