In Search of Manual Asymmetries in Aging during Performance of Activities of Daily Living: Does Upper Limb Performance Become More Symmetric with Age? 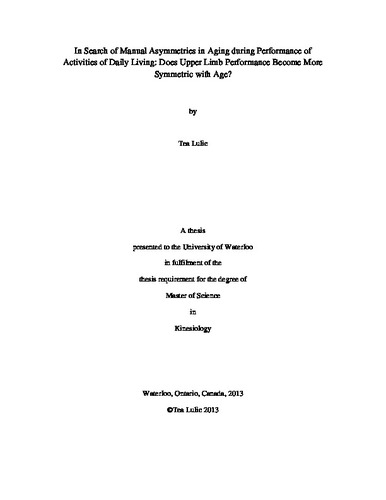