Freedom's Voices: Czech and Slovak Immigration to Canada during the Cold War 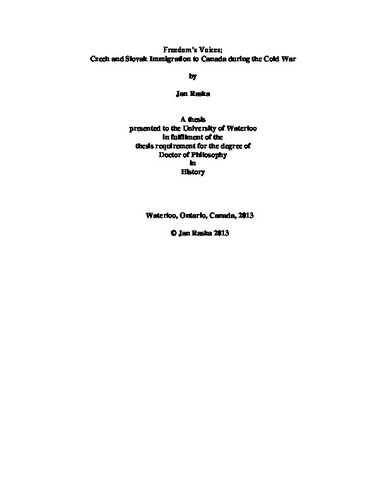