Property Law in Roman Egypt in the Light of the Papyri: Safeguarding Women's Economic Interests 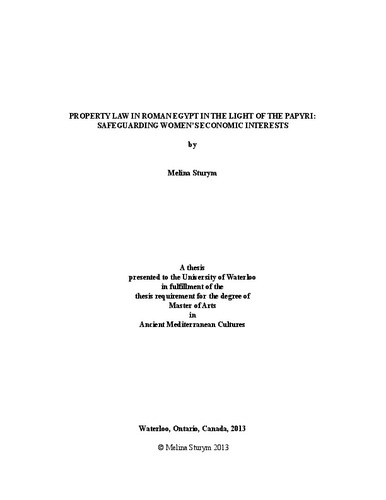 This study looks at the role of women in the economic environment of Roman Egypt in the light of the papyri. By examining marriage and inheritance documents from the first three centuries, the study shows that marital and inheritance laws and customs in Roman Egypt were made to protect women’s interests when it came to ownership and possession of property, which is one of the main reasons why women played such a prominent role in Egypt’s economic environment.