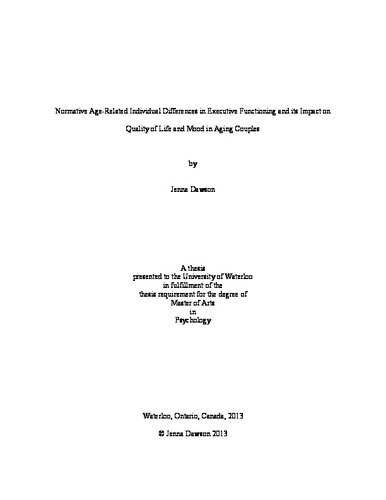 Jenna Dawson (2013). Normative Age-Related Individual Differences in Executive Functioning and its Impact on Quality of Life and Mood in Aging Couples. UWSpace. http://hdl.handle.net/10012/7764