The Goal Fungibility Model: A Theoretical Account of Goal Persistence and Substitution After Failure 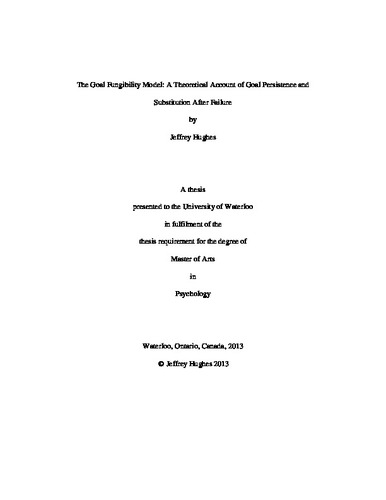 After failure at a goal, people have a variety of options for what to do next, including persistence at the goal or substituting it for a different goal. This thesis introduces a model of goal fungibility, which addresses individual differences in people’s general tendencies to persist or substitute after goal failure. It hypothesizes that promotion-focused individuals, who construe goals as ideals, should be more willing to substitute goals after failure, whereas prevention-focused individuals, who construe goals as duties, should instead be more likely to persist at the same goal. After describing the model, several possible moderators are examined, and implications for other areas of research are explored.