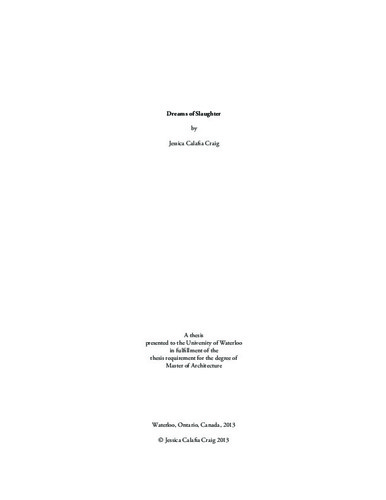 A descent into the ravine is a step through a tear in urbanity. The terrain vague is a foil to the capitalist city; against a demand for order, specificity, and integration, it is disorienting, banal, erratic. Operating outside the constraints of dominant social structures, it harbours the unconscious of the city, not only an inevitable, but also a necessary rupture in the urban fabric. In this subterranean realm, the striated and measured plots of land are sporadically smoothed over by persistent nature, reclaiming its territory. These perceived voids invite projections of desire, both at a civic scale and on an individual level, that consequently shape the space. These are grounds of negotiation, a political realm often driven more by visceral impulses than economics. They aggravate tensions typically suppressed in the city, including those wrought by violence and melancholy. This is a portrait of the Don Valley in Toronto. Fragments of representation reveal the role of this space in the collective memory of the public. Beyond the infrastructure that binds them, the city and the valley are integrated through their opposition: one fuels the experience of the other.