Synthesis of Arborescent Copolymers Based on Poly(γ-benzyl L-glutamate) 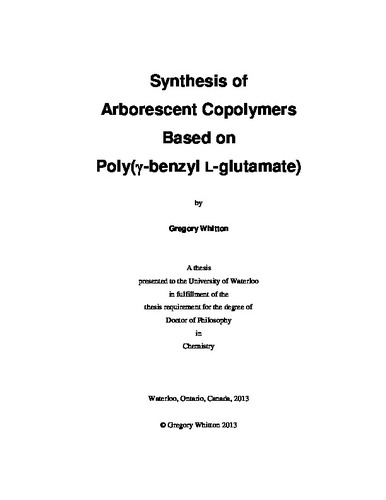