Evaluation of persulfate for the treatment of manufactured gas plant residuals 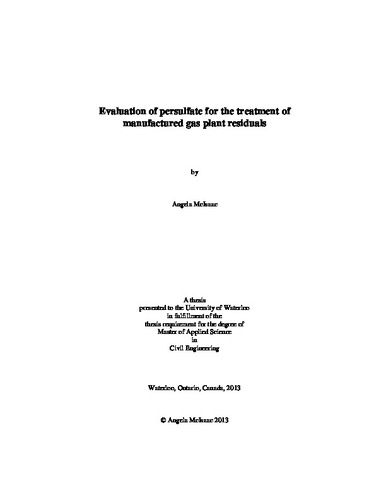