Interactions of ciliates with cells and viruses of fish 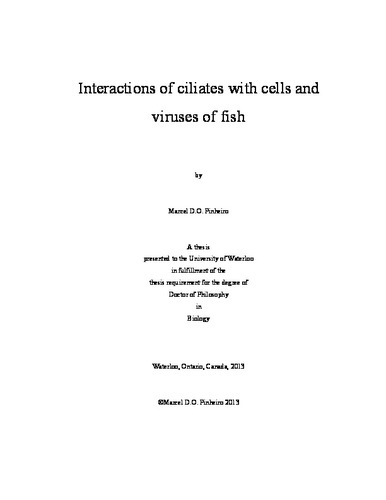