Offender Gender, Mental Illness and Trauma Experience in Relation to Re-contact with the Criminal Justice System 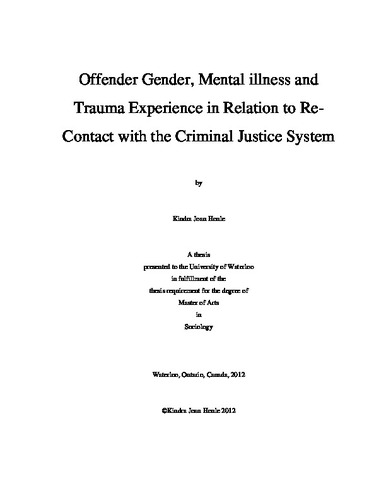