A Structural and Economic Evaluation of Perpetual Pavements: A Canadian Perspective 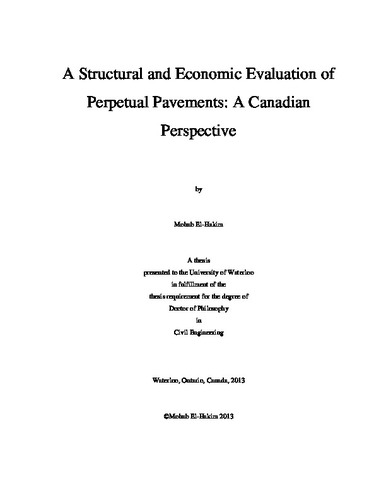