Impairments in glucose and lipid metabolism in breast cancer patients 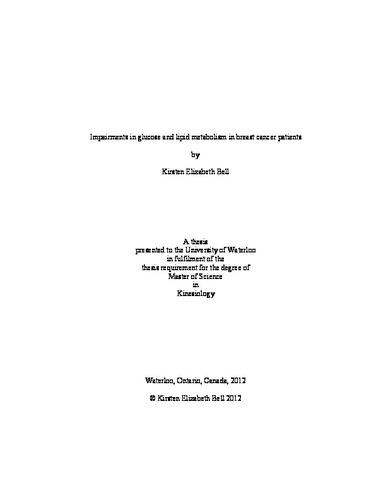