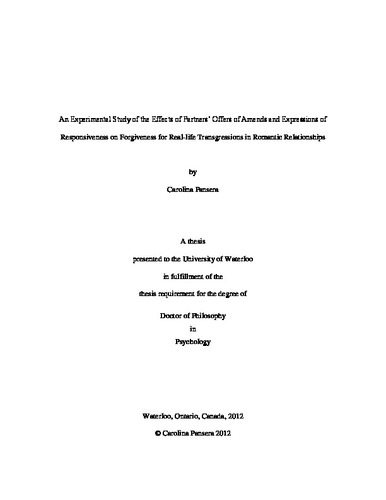 Carolina Pansera (2012). An Experimental Study of the Effects of Partners’ Offers of Amends and Expressions of Responsiveness on Forgiveness for Real-life Transgressions in Romantic Relationships. UWSpace. http://hdl.handle.net/10012/7161