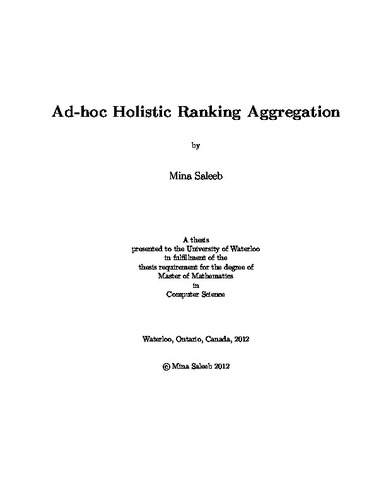 Data exploration is considered one of the major processes that enables the user to analyze massive amount of data in order to find the most important and relevant informa- tion needed. Aggregation and Ranking are two of the most frequently used tools in data exploration. The interaction between ranking and aggregation has been studied widely from different perspectives. In this thesis, a comprehensive survey about this interaction is studied. Holistic Ranking Aggregation which is a new interaction is introduced. Finally, various algorithms are proposed to efficiently process ad-hoc holistic ranking aggregation for both monotone and generic scoring functions.