Can Lensing Measure The Shape Of Dark Matter Halos? 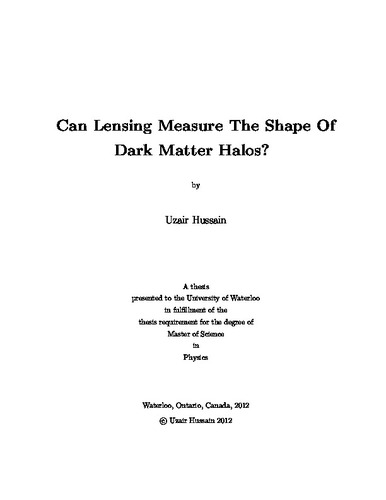 The aim of this project was to explore the shapes of dark matter halos using high resolution N-body simulations. One of the main aspects explored was how well the shape can be measured through weak lensing. To explore this, simulations were run using the GADGET-2 code \cite{SPRING05} and a method used to measure ellipticities was tested \cite{oguri1}. It was found that Large Scale Structure along the line of sight diluted the measurements and made halos appear more spherical. On the other hand, substructure close to the halo introduced a bias where intrinsically elliptical halos appeared to be slightly more spherical and intrinsically spherical halos appeared to be slightly more elliptical. The effects of projection on concentration were also explored, it was concluded that halos which are most elliptical in 3D tend to appear the most concentrated in projection. Finally, we tested the possibility of using shape or concentration measurements to help break the degeneracy in $\Omega_M$ and $\sigma_8$. We found that this may be possible with $\sim$ 3000-4000 shape measurements or $\sim$ 400-500 concentration measurements.