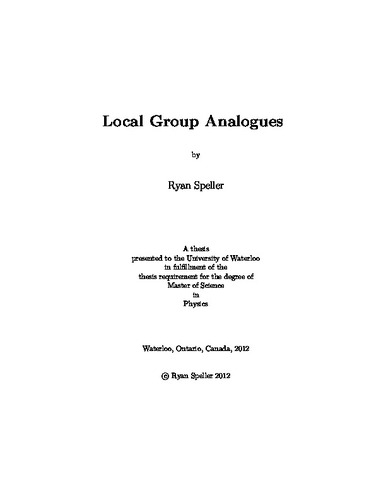 The abundance of satellite galaxies is a critical small-scale test of the standard cosmological model. From comparing the predictions of structure formation in simulations with observations of Local Group dwarf galaxies there is a clear mismatch in the abundance, leading to the so-called “missing satellites” problem. The comparison between simulation and observation have, however, suffered from a limited sample of satellite galaxies, with the only reasonably complete sample being from the most local galaxy groups. It is unknown whether the observed abundance of dwarf satellite galaxies of the nearest groups is statistically representative of the abundance of dwarf satellites in the greater universe. We construct a volume-limited sample of galaxies down to a well-defined stellar mass limit (M★ ≥ 6 × 109 Msun ) using the Atlas3D parent sample of spiral and ellipsoidal galaxies by Cappellari et al. 2011. In order to statistically identify bound satellites around galaxies in our primary catalogue, we apply cuts on the background based on the properties of known dwarf satellites of the Local Group using both the Sloan Digital Sky Survey Data Release 8 (SDSS DR8) (http://www.sdss3.org/dr8/) spectroscopic and photometric galaxy catalogues. We detect an over-density of faint objects at projected separations of < 500 kpc at S/N ∼ 8, corresponding to an average of 4.8 ± 0.65 satellite detections per primary after stacking these systems and subtracting the background. We further find that the over-density of faint objects strongly depends on primary morphology and magnitude. While the Milky Way seems to be unusual in its number of bright satellites, our faint end satellite abundances are in agreement from the ∆m luminosity function for primaries in our sample as bright as the Milky Way. Our work has extended the work of previous authors by several magnitudes further down the faint end of the luminosity function.