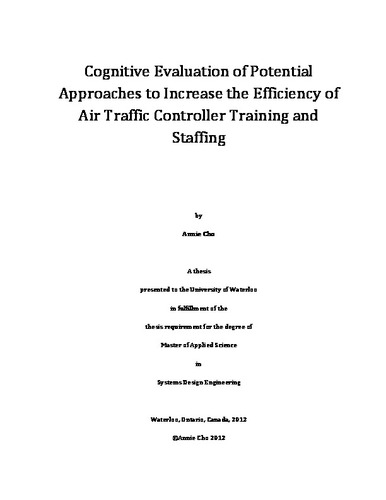 Generic airspace, or air traffic control sectors with similar operational characteristics, is an operational concept being proposed as a means of increasing staffing flexibility and reducing training times as part of the Federal Aviation Administration’s (FAA’s) Next Generation (NextGen) air traffic control (ATC) modernization efforts. A key need for implementing generic airspace is identifying groups of similar sectors with respect to training required for controllers to make transitions between those sectors. Through the development and validation process of the studies performed in this thesis, a structure-based classification scheme was found to be an effective way to classify sectors in order to support a minimal differences training approach to generic airspace. The resulting classes of sectors are expected to have fewer transition barriers and support increased staffing flexibility. In order to assess similarities of airspace sectors, factors affecting how easily a controller makes a transition from one sector to another were identified using semi-structured interviews with experienced air traffic controllers. The most important factors appear to reflect familiarity with types of operations and common traffic patterns, providing a basis for classifying groups of sectors. The controllers identified some techniques that are easily transferable as well. Some factors that are very specific to transitions were identified as well, such as “knowing the neighbor sectors” and “coastal area” factors. Based on the most important factors, traffic patterns in 404 high-altitude National Airspace System (NAS) sectors were examined for common traffic patterns. These traffic patterns were used as the basis for two classification approaches, a holistic classification approach and a decompositional classification approach. These approaches are used to classify current air traffic control sectors into classes with common structural characteristics. The results identify existing sectors with near-term potential as being generic sectors that support a minimal differences training approach to generic airspace. Further analysis with the sector classification results identified that the number of factors incorporated in the classification methods are directly associated with the method's effectiveness. In order to examine the validity of the developed classification methods and to assess the relative importance of the factors involving transitions identified by the interviews, an online survey was conducted with 56 air traffic controllers. The results indicated that the classification methods developed support controllers' perception of airspace similarities. Some qualitative data gained from the survey provides an insightful aspect for future steps continuing this study such as additional important factors to be considered. Some of these factors are considered as part of the classification schemes developed in this thesis while some are yet to be incorporated. Some of these additional factors were found to be more feasible to be incorporated into future classification schemes than other factors.