The House of Uncommon Grounds 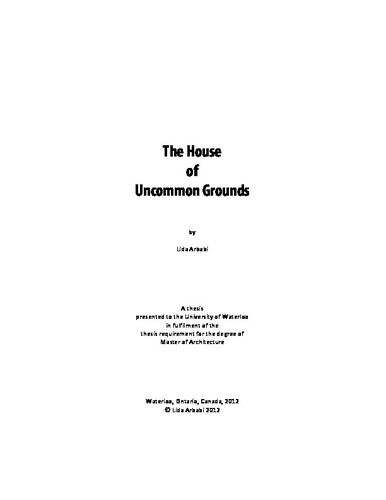 Demographically open public spaces provide valuable grounds for engaging diverse ideologies. While the rise of society and passive consumption of mass culture excludes “action” and “speech” from the public realm and threatens human plurality, a public space in which to hold public debates and discussions will reengage public roles in the public realm. And it will consequently act as a new site for citizenship and new “space of appearance.” Such space becomes even more essential in a society that dreads conflict. Focusing on Iranian society, the proposal integrates this overlooked opportunity by offering temporary debate interventions to be used around the Iranian cities on a regular basis, envisioning a culture of dialogue incrementally developing. This is a way of approaching a sociological issue with the help of Architecture, making a role for public space in promoting a culture, a culture that encourages human plurality and appreciates engaging the wide range of diverse ideologies, convictions and viewpoints. Rather than proposing a closed narrative and one single architectural solution for the space of public debate, the thesis imagines an architectural toolkit for application to the specific cultural and urban context.