Do Older and Younger Adults Use and Benefit from Memory Aids? 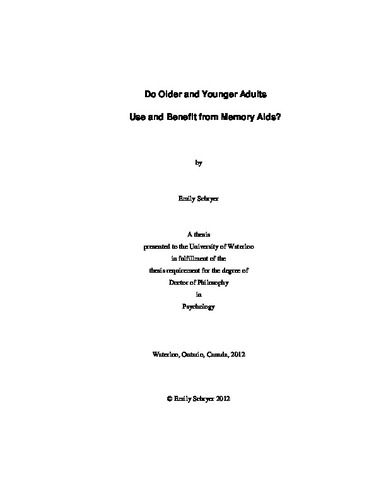